Why do we like anime so much? Why do we need it over western media? We can find a drama  about a dying daughter both in anime as well as in Hollywood, we have Superman  where they have Goku. Genre wise except for maybe the fan service we don’t differ that much, yet if I had to choose never Western movies or shows or Never anime again I’d bow out the first one. Why can’t I consume local  stuff? I try to find my answer. To find that answer I must first understand what separates anime from Western Media for me in the first place. Where are they different?

Today I will address something I noticed when I was watching a Spider-man Cartoon passing on tv. Anime and Cartoons to me have a different line on how far they can push me before they break the suspension of disbelief. For some reason I can take a lot more weird stuff from anime than I could in cartoons?! I am not sure if I am the only one but this to me is a thing.
Let’s take a look at Spider-man for example. Spider-man is written very differently compared to most anime characters. While either side is heroic in a weird way at least to me western heroes and villains are described by their flaws. Spider-man  might not be the greatest examples.. but we know him as Peter Parker the somewhat geeky school kid that loves Mary Jane Watson (or Gwen Stacy). Batman..well that is Bruce Wayne.. he has no actual super powers he is just really smart. Superman is Clark Kent, he can fly and shoot lasers out of their eyes and fly but they are also weak to kryptonite.  He loves Lois Lane and when we root for Superman to be alright and be well we hope he finds his romance with his partner.

Now let’s compare our superhero shows with anime. Put them up against Luffy, Naruto and Goku.  What do all of these have in common?! They have no Alter Ego. Luffy doesn’t suddenly become Hank Mugiwara .. a dusty old liberian bloke, nor does he become “Rubberman” No the human and the super part are interconnected. Why does this matter? Well because we are less confronted with their limitations, we do not see them as human’s persé but more as the heroes. Which means I can take a lot more from those weirdo’s as those humans.  Good Example, the choice Spider-man has to make in the Sam Rami movie when facing the Goblin.. save the cable car or save Mary Jane. He saves both. That feels cheap, the villian would know how fast he is .. he faced him before. Make Spidey at least a bit flawed he is not a god.Yet would it be Naruto of Luffy or Goku to save all of them by some shenanigans I’d be fine with it. First of all there is not as much a dilemma for them because they are less human that whole appeal of torn between two worlds is not a thing, secondly breaking limits is much more a part of that media, rather then where Western Heroes are more focused of achieving within your limits. So anime would make me frown less in confusion.

Of course this does not only take place in Shonen shows this takes place in just about every genre. Let’s make a bold move and compare romantic super natural shows,  such as The Vampire Diaries, True Blood, Medium and even less supernatural stuff like Grey’s Anatomy with the more outrageous Japanese romance genre of Harem shows.. just to make a point. When Elena Gilbert has to doubt between picking Stefan or Damon you could add Katherine in the mix to complicated things and Caroline to basically give Stefan his Harem but because it is western media your limitations are within being human.If you dehumanise them and make them want to partner up for very vampirish reasons or own fictional ones, the romance doesn’t work. What the hell are they doing we would ask.  Buffy’s romance are Angel Riley and Spike with Xander trying to fit in. While two are vampires, one a super soldier and one a loveable goofball in the end you can not make them to different. Everyone has to  have the same goals of planning to settle down, treat Buffy right, give her some peace. No one will join that romantic pursuit because they just think the other is cute, or heck for a misunderstanding.  If Sookie Stackhouse suddenly would be in a prearranged marriage with a demon would all think the writers have gone insane. Still.. vampire shoes are kinda like our variants of Harem aren’t they?!

Now.. let’s turn Buffy into an anime. Let’s place Angel, Riley Spike and Xander all in the same timeline. Riley instead of a plain super soldier is this ridiculous pretty boy who believes Buffy is the perfect woman and that their genetic offspring would be the most beautiful thing of all, thinking it’s his duty to create this beauty he pursues miss Summers. Spike doesn’t just fall hopelessly in love with her no instead he initially  does fall in love with her like in the orginal but this time when he asks for a soul he accidentally gets that of Buffies former boyfriend who died during the vampire attack in LA. Angel just wants to use her to lose a ancient gypsy that turns him into a woman during daytime, which he can break during a moment of pure happiness, so he just wants to bed her, but he actually begins to fall in love with her. Xander still stands no chance.. some things never change. Now as an anime I’d immediately see this working.. yet as a cartoon or life action show it would not.. why? Because they are anime characters.. they are on some other sort of level with other laws.. we can accept so much more from them.

Now let’s delve into the territory of drama and turn Breaking Bad in both a cartoon and into an anime. Both have a much higher suspense of disbelief and just can push the reality out of the window.. for this experiment I would like to see where the suspense breaks for me when slowly adapting this to other forms of media. For this example I will use the Fly in the Lab episode , as it is pretty self contained. Both in Cartoons and anime you can turn the fly into something more menacing. In both cases it could lead to an experiment blowing in Walter’s face chatring it black or resulting in some comical effect. In both cases we can turn the fly into something more menacing.. like a spy droid for Gus.. he controls to mess with Walter to get his batch to fail to make sure he will die or something. However where cartoons can not change Walt and Jesse while anime can.  We can see Jesse put on a jetpack in a cartoon and chase the fly away.. him spying the fly with a magic eye  seems weird.  Walt can invent a device to swat it.. yet he should not be able to change too much himself . Him creating a type of meth that gives him super powers seem out of cartoons range.

In anime though you can push a lot further. Jesse saying ‘Yeah Byakugan Bitch’ before his eye turn all white and veiny I can actually imagine. Anime Walt throwing a  disc shaped object or attack with pinpoint accuracy at the fly could remind you off the Pizza power he displayed earlier so he just kept that in the back for his enemies. Holding back is a pacing thing that is much more common in anime as in western media. Testing out your opponent rarely happens in Western comics. In manga and anime it is a constant. Western Narrative is a lot more straightforward, what you see is what you get. Superman and Batman rarely train, nor does Spiderman.. on very rare occasions they get new tech but over all western media characters deal with what they have. In basically any anime you can add on old lady that kills a fly by throwing a chopstick. Even in the more serious ones or dramatic ones, Bloom Into You for example. If Yu was bothered by a fly while pondering what she should do I could totally see her kill it with some super human action. Like tossing a chopstick or a pocky with sniper accuracy. I’d not notice anything to off.. in a way anime caters more to how they are different.. we can relate to THEM rather than that they should relate to us.  They don’t have to be relatable we will find something relatable about them.

This section title asks a very good question?! Why would I think a show is better if it is less relatable.. or further away from us?  The answer is, it doesn’t feel wrong as often. For a Western show to be good, it has to colour strictly within the lines. We know that it is right because we can it is coloured in between the lines.. or in reality we can sense it. We can sense if Tony Stark or Bilbo Baggins are being stretched too thin. Give Bilbo a Power to turn green instead of invisible and I would ask.. what were they thinking. Let Kazuma from  Konosuba wake up green and I would go like… who cursed him now?! The difference.. with Konosuba I am still thinking within the show I am not taken out of the plot yet with LOTR I am thinking of writing. Another good example is that very first episode of Star Trek the Next Generation. Encounter at Farpoint , an interdimensional being plagues the ship. With trials, time travel shenanigans and weird space jellyfish.  I felt very conflicted about this setting.. how do they balance this out? Yet would it have been an anime i would have consumed it without a single question. Exact same scenario. Where I watched the Star Trek episode as an observer through a screen, I would have watched the anime in world.

I would not go as far to call anime the more immersive experience, but once anime has you sucked in.. it can stumble a lot more before it spits you back out. The medium has less limits and as such we believe the worlds despite some really odd choices.  It can hide mistakes. Not everything we see in anime happens as we see it. Take a magical girl transformation.. I do not know how it would like seeing it as a spectator but I know the world does not fade away. When Menacing appears in front of Jojo characters I know they are not really there but I know what they mean. Now imagine Dr Octopus talking to spider-man but to indicate he is lying we see red flags appearing all around him or danger sounds.. it would feel jarring.

Anime has more options at its disposal to convey a message be it through exaggeration, parallel imagery or even side jokes. It all keeps us in that world while with Batman we ask.. would he really be able to lift that.. in Comic 73 page 12 panel 5 he was unable to lift an item that would weigh about as much. In anime.. not so much.. we can nitpick sure.. but all in all we can accept a whole lot more which makes it much more pleasant to watch, nothing seems fake because trough 90% of the medium, anything can happen.

How Pinkie Got Into Anime 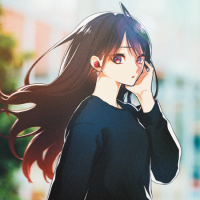 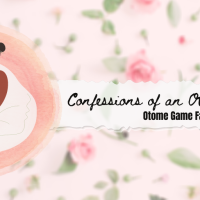 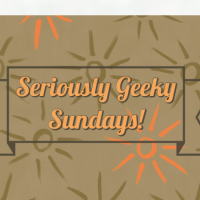 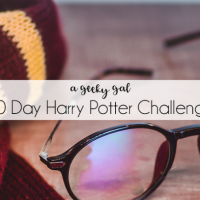 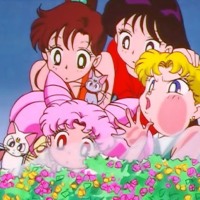 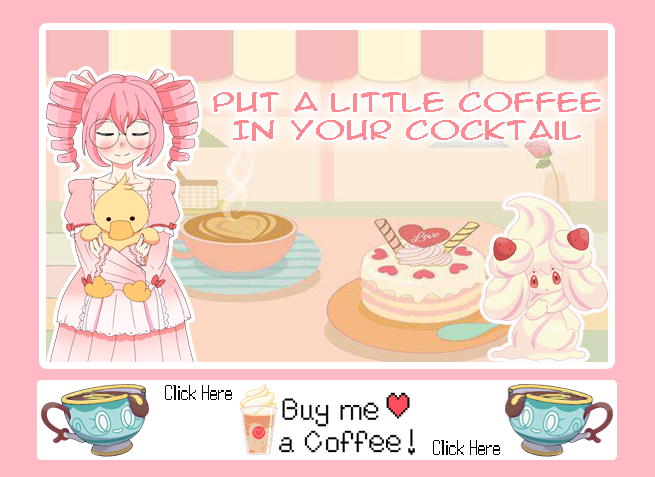