Sometimes a game looks so adorable and appealing we lose all sense of reason. Even with mediocre reviews across the board I opted to start playing Yoshi’s crafted world. Through the help of my Ko-Fi supports MikeKelly666 , LaughingReaper and whom I believe to be Iridium Eye..  we got to be able to purchase the game and finally play it. Was it worth it?

This question is not as simple to answer as it may seem. For after playing through the biggest part of this game I found all the negative aspects to be very true. This game forces you to go through each stage three to four times. More if you are unlucky and that all has to do with the format that it has chosen that I will admit is fairly poor. Like in most Yoshi games it’s all about collecting Daisy flowers. These work as an unlocking currency and as a completion criteria.  If you want to complete a stage, you are making several passes through that same stage and I will admit, the stages aren’t THAT interesting to justify that. The pacing feels impractical.. like as if you are walking across scotch tape .. your feet sticking making advancing way more difficult than it needs to be.

Ironically the low difficulty of this game kind of amplifies this flaw. There is not a lot of challenge in these stages. One of the main unlockables is a costume that can tank 2 to 4 hits for you depending on its rarity. While I all wore them for their cuteness I rarely broke the 2 hit costumes and I mostly damaged them from pits. If your costume breaks you still have about a 5 hit life bar left. So it is not hard to feel like this game is rather unengaging. It is to easy and 80% of the gameplay is set in replaying levels you have done and seen before. On my first encounter with the game.. I got fed up with this soon enough and burned out on it.. now I realise I have been playing this game wrong.

The Arts of Crafts

One can’t deny the visual appeal of this title. Just by looking at this game you cannot help but smile and feel cheered up even if things seem super dark. This game is so sweet, adorable and cutesy it might as well just be honey or maple syrup that was in the box. Or a hand full of sugar for that matter. This game is not meant to challenge you, nor to send you off on some epic journey… no this game was made to make you go SQUEEEE. It will reveal the weeaboos in the room as we all go Kawaii when the pink Yoshi decides to wear a coffee milk cup as armor or if the yellow yoshi puts  a coloured paper ribbon snail on his side. This game is not meant to be played like Super Mario Odyssey or Shovel Knight. This game is meant to help you relax and lose the frustration of those. It is a relaxy game… much  like the same role Animal Crossing has in gaming.. yet more casual and finite.

Eager as I was I started completing stages on my very first pass of them, acing all the rankings replaying them several times because a lot of collectables are missable.  I had so much money by the time I entered the fourth world I could instantly buy all their cute costumes. It only got worse… while I love how happy the world looks when you complete it.. this is not a game to bite into harshly.. no this is a game you play a stage or two for whenever you feel a bit blue. See the wholesome happy Yoshi world unfold in front of your very eyes.  Which is reflected in the way stages are designed. Everything is so detailed. Everything is craftable. With the write items you could make these stages yourself in real life.. minus the enemies and the sentient felt-like yoshi’s themselves of course.. but you can build their world. Which is amazing, everything more or less feels like it actually works, from the way some pathways unroll to hiding secrets behind background elements because they COULD be knocked down.. this game is all about atmosphere.

Compare it to a warm bath with some etherical oils sprinkled inside… sure it’s kinda boring to sit in the tub.. but after you come out of it you feel all tingly and buzzing, aglow with happiness. That is almost EXACTLY what a bathtime worth of Yoshi’s crafted world can do for you. Also equal to a bath.. that warm fuzzy feeling doesn’t linger infinitely.. that bath will cool. Soak to long and you notice that since your fingers went wrinkly not a lot changed after that. The wholesomeness is finite. For me the ideal pace is like 2 or 3 stages each time I feel a bit tense. Just put it on and let the world these dinosaurs live in wash away your grievances of the moment. In pokémon terms.. a normal video game is an ether, it restores power points… a mana potion for just about everyone else.  Yoshi’s Crafted World.. is like A Full Heal.. it restores any bad conditions, a Esuna or status removing potion. It is carefully constructed .. yet somewhat awkwardly formatted.

The format that was chosen is a 2d Collectathon  and this doesn’t always work out in this games favor. First of all we have to acquire all the daisy flowers per stage, finish a stage with max health and find all the red coins to complete a stage (you can finish it without any of these things) after which a backwards mode will unlock, in which you collect three Poochy pups within a time limit to get more daisies. After that is done several treasure hunts will unlock for stages which either take place on the front side or the backside of a stage. However treasure hunting usually means revisiting both sides at least once. On it’s own this already feels a bit like an awkward idea because of the fact that it is only 2.5d there is not THAT much to explore unlike in 3d collectathons.. so to make your journey feel expansive.. they locked it in tiers.. you can’t hunt the second treasure before you found the first.  Even if they are on the same route.

It feels as if this game mixes genres and elements that should not be mixed at the cost of pacing and our gamer instincts do the rest. It is easy to get sucked up into trying to complete a stage from the get go. and get everything and as for the daisies and red coins you really should try to get these on your first attempt ..because with these flowers you can already easily advance the game, no need to break your back on the treasure hunts and not even on the backwards stages.  You can just do that the next time, when the stage seems a bit fresh again. It goes a bit against gamer instinct but if you just move forward and revisit from time to time when you feel like it you can certainly have blast even in the backward stages.

Speaking off the Backward stages, they are absolutely adorable once more. While  on your journey forward you can see the beautiful and cute world of Yoshi, on backwards mode the camera now shows the undecorated side of the crafts. That house  you needed to jump over you now see.. was a pack of cookies, that cow is now invisible.. it is a cardboard backside with a little peg. That big house in the background? Cereal box! ..  And so the crafted world unfolds before you, by breaking the magic they actual validate this world so much. I squeed and forgot all about my neck pains.  This world is so vibrant and so alive.. in a very clean way.  I loved the addition of backward stages. Yet again more in an artsy appreciative way than enjoying it for it’s gameplay. Which is a weird thing to say about a game.  So I can see how wonderful it is but also how badly it fails as a game.. at least the general perception of what a game should be.

Whether or not you will like this game will really depend on your mindset, are you a bath person? Can you just enjoy nothingness and soak up atmosphere? If yes than this game is among the most unique games I have played and I deeply appreciate it. If you want a game where you actually want to be invested in the gameplay , there are probably better choices. Crafted World is not a bad game, it’s graphical style is amazing, it’s world building sublime and the controls are quite tight. It is completely held back by the reason what we want when we play games. It doesn’t cater to completionist nor does it cater to those who want to rush through.  It caters to someone in between.  With people’s thinking going more black and white each minute that kinda means this game isn’t for anybody?!

Should I judge this game equally as other games, I’d probably rank it 5/10  but I can’t shake the feeling that this is not the purpose of this game. If I rank it like I would a hot bath I’d probably rank this a 9/10.  In reality it’s probably something in between. Something like the opposite side of tetris. Where short bursts of gameplay are so enjoyable you do not need fancy visuals. This is the oposite , nothing more and nothing less. Visual interactive entertainment where the graphics and world building.. and sometimes even the puzzles themselves are so cute you do not mind the lackluster gameplay.

It’s like one of those highly frosted cookies. When you see it you absolute want it.. and because it looked so cute you do not mind it mostly just tastes like sugar.  However you don’t go in for a second cookie, yet the next day you can not help yourself to another one of those delicious looking cookies.. it is fine yet again after one you had enough.  Eventually you will finish the pack.  Half of us would buy it again.. the other would not it all depends on your mindset. To me this game is absolutely amazing, SINCE learning to take it slowly it made me smile so much. Yet it isn’t something I can easily recommend to everyone simply because not everyone can game casually.
So no review score for this one.. instead I want you to take apart the pieces of this review that are important to you and craft your own verdict!

Thanks again to my Ko-Fi supporters for making this review possible
Thanks to:
Laughing Reaper
MikeKelly666
TsubakiKuro
Donator I cant find back anymore but assume to be Iridium Eye
(Initials CB)

So we got death.. the devil, something black and something metal… So Edgy.. but that gives me an idea! I love you all 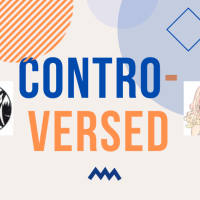