Welcome back dear guests! Today we serve you a cocktail that gives you a rush that pierces the heavens.  One of my least favorite genres in anime , is that off the mech shows. While I did enjoy Zoids: New Century as a pulpy tournament show never did I really like for example a Gundam show, even Code Geass is something I do not look at that favorably (while recognising it’s a good show). The genre tends to be bogged down by heavy political themes and this quasi-intellectual sub tones that forces you to understand a world and their complex systems, it just feels like such a burden to watch every time. My favorite anime  of all time however is all about mechs. My favorite anime of all time is Tengen Toppa Gurren Lagann.

I do not think I need to explain the story of Gurren Lagann but here is a quick summary. Simon is a digger who lives in an underground village when he discovers a mysterious robot. His best friend Kamina and him use this robot  to break free to the surface where they find the earth is ruled by beastman controlled by the evil Lordgenome, the spiral king. Together they find allies for mankind to take their world back one fight at a time. While Gurren Lagann does share the dystopian themes of it heavy hearted brothers it doesn’t match their feeling at all. Gundam is a very serious, somewhat gloomy and like most mech shows is very much about ‘the system’ , the political gears that make things work.  Gurren Lagann is very much a *Bleep* the system anime. Where Code Geass much dabbles with emotions versus the cause or versus the smart thing to do, my favorite anime choses for a very primal route of highlighting pure emotion. You can feel the characters sheer determination, there never are any double layers or real choices to make there are never two sides of situation. Simon and Kamina  have such strong emotions and such zeal there is always only one choice. Retreating is never an option, waiting for a strategic opening can happen but they don’t explain you their thought process. Gurren Lagann is the epitome of empathy. When Simon cries , I cry, when Yoko laughs I laugh, when Kamina yells like a caveman…..my next door neighbor knocks on my door to ask me what is wrong! Then I tell him “WHO THE HELL DO YOU THINK I AM” and slam the door in his face.

I am not a religious girl, though I would not call myself a complete atheist either.  While I do not believe in a god, I believe in an energy, a force of some kind. Can it karma or chi or even “the force” if you like. Trough our believes and zeal we can manipulate that energy and make things happen, it grows more powerful if more people share your beliefs. Thusly trough my beliefs everyone’s religion is right and empowering … for them.  I believe a mother can lift a car to save her baby because in that very moment there is not a single doubt in the world , that she can not do that herself as well as onlookers somehow will feel that she can, reshaping the possible.Thusly we can make miracles happen because we believe in them full heartedly. Now those who wonder why I wrote this bit about my beliefs,  are people I think have not seen this anime yet. Simon and Kamina do this exact thing I believe in. They validate my belief. Their ‘spiral energy’ basically is a visualisation of how I live my life. This might seem extreme but it is exactly what happens.  This is best shown when Kamina and Simon combine their gunmen for the first time. Kamina just slams Lagann trough Gurren’s  body and is absolutely 100% sure this will lead them to combine. Everything in our body says ‘that is not how combining works’ yet Kamina’s beliefs make it possible. The scene then shows everyone being completely surprised but to the greatest hero that was ever drawn, there never were any doubts.  That level of determination and belief in yourself and your ways is then used as a blueprint for Simon to grow as well, so he can eventually overcome the final obstacle in the end. His power goes even as far as being able to alter his own body to suit his needs. He can bend reality.

While I do not like to talk about visuals or music to much , I really adore this style of everything. Normally mech’s have very serious designs, oftenly military colours,  white or black. This show has mech’s that look like that but as soon as they fall into the hands of the characters they become more comical , more colorful and even decked out with sunglasses and other vanity items.  Viral’s gunman represents the classic design , sleek white and dangerously looking. Firing big powerful laser beams. Kamina crushes the head of this old design and takes it’s crown.. a crown that used to be white and at their head has a golden, vertical crescent.. almost like a golden v….   As if they took the crown for best mech-show right of a gundam. I mean this show is basically about a bunch of weirdos stealing gunman (kinda sounds like a certain something) from people with a much more limited imagination and then doing some pretty wacky stuff with it. It breaks the mold and the visuals reflect that perfectly.  Mech designs are completely insane, visuals going from a blur, to crisp to completely surreal at times, it mixes what should not be mixed and create something that works. It always aims for bigger down to the very last detail. Kamina’s extreme sunglasses being outdone by even more extreme sunglasses after the timeskip. Combinations going ever more unlikely , with the movie version of Tengen Toppa Gurren Lagann taking the absolute crown. Their music unsurprisingly does the same. If I ask you to find two music genres that could never mix, Opera and Rap would most likely be one of the things that could very well be mentioned. These two could not be further apart.  “Libera me” From hell   is exactly that and while not my favorite song in the world it does work so well for this show it’s very much what this show is about.  When you read the premises of this show and hear Sorairo days for the first time you think it will not fit a show like that, but you would be wrong again but don’t worry.. that’s what the show is really about.

While Yoko, Rossiu, Kittan, Viral and everyone else are great characters they represent something relatively minor and their role changes over the course of the series. Simon and Kamina are something way more special. Because in a way the character of Kamina is the anime, he IS ‘Tengen Toppa Gurren Lagann’. He names everything that is unable to convey their own names, such as the mech’s and their attacks. In a way Simon is the viewer, which is shown by Simon oftenly voicing our concerns as a viewer. ‘Are you sure this will work big bro?’ when Kamina pulls of one of his ridiculous actions is exactly what we have come to expect by watching all these other shows. Kamina basically shows us ‘That is NOT how THIS show works’. “WHO THE HELL DO YOU THINK I AM?’  He is not just any standard show.. he is Mother blipping Tengen Toppa Gurren Lagann, the show where anything is possible. As soon as we the viewer have learned how this show works …………………………… This pulls a weird trick in our minds where now we HAVE to believe. The events that conclude the first ‘chapter’ of this show not only entrust Simon with the belief but the viewer as well. In a way Simon still is the viewer. That final fight is asking as much of the viewer as it is of Simon, we have to to push our suspension of disbelief to the absolute maximum of our abilities in a show that has slower Spiralled out of control. In the end the final “WHO THE HELL DO YOU THINK WE ARE” is not only the crew of Tengen Toppa Gurren Lagann. “WHO THE HELL DO YOU THINK WE ARE” .. we are the viewers of Tengen Toppa Gurren Lagann, our beliefs are not chained by conventional narratives and tropes. We can believe anything , even your defeat! The drill that shall pierce the heavens is a metaphor of constantly shattering one’s expectations. We have a saying that the sky’s the limit, but the sky is way to restraining for this show. So we have to break open the skies to find our new limit. In a way trough Simon and Kamina , this isn’t just a show about heroes this is about us as well.

HOW THE HELL DO YOU THINK I RATE THIS!!

I am not one that re-watches anime a lot, I have some pretty solid memory and I can recognise a tv show by simple quotes such as “Here is your coffee, soy milk, low fat” .. I’ll know what episode of CSI I saw that in… once, who did it and how they worked. As a result any show with plot twists or about discovery does not have the same impact on me. This show however is different. The movies and the show both tell more or less the same story, with the second movie even improving on the second half .. of the second half. The final battle is done een better and makes me scream even louder.  At a past animecon in the hague these two movies showed at the ungodly time of 2AM till 5:30 AM and I stayed up to watch it even if I watched both recently. Just so we could yell WHO THE HELL DO YOU THINK WE ARE are at the final encounter with about thirty still awake anime fans. To me there is nothing like this show, not because of it’s story but because how it treats you. It teaches you to stop thinking within the limits.. set your mind free and go beyond what should even be possible. You are a part of this show when you watch it, you play a role in this story and in every aspect this exceeds what you could imagine before. It pierces the heaven of your imagination with the most epic GIGA DRILL BREAKER to the face. So there is only one flavor-grade I can give this show! 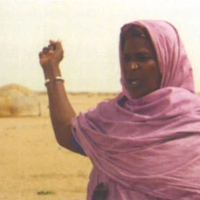 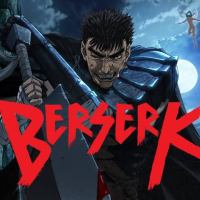 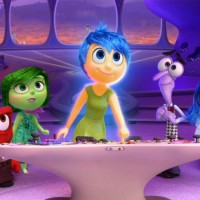 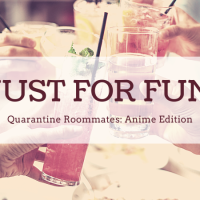