Loyal readers might know that I am really into VTubers… so let’s commit to that and try and find me some VTuber Bride! Let’s start with the first Vtuber that made me aware of the term… Vtuber!

Pinkie watched a super hero movie she never saw before on tv recently, she certainly believed she would l have liked the movie a lot more than she actually did! Let’s explain why!

Pinkie was challenged to create a concept for a drama anime, based on the premise of an insomniac who inherits a haunted Piano! This is the story that she came up with!

Cherry has written her first post! It’s a dish best served… with lots and lots and LOTS of options. Read all about Cherry’s experience with this delicious tycoon game!

Pinkie likes creating Pokémon, based on her friends and fellow bloggers! Yet she did never created a Pokémon like that based on herself! In this post we fix that!

What do you get when you answer randomly generated questions on the internet. You turn evil, superstitious, fake some vocabulary and get hurt!
Read all about it!

That one time I used a Death Ray to Kill all my Friends: Pinkie Plays Pummel Party

In this little blog the princess plays something called Mario…uhm I mean Pummel Party… it’s kinda hard to tell the difference, but this might even be better!

In this post we will introduce the sixth member of the Paradise crew! We replace our drunk chef, with a trickster one.. as we welcome Cherry into the team!

She’s gonna take you back to the past!
To play some random games really fast!
But once again.. while going to the past.. we also go to the past past! And to the future! In the confusing mess of a game that is called Time Lord for NES! 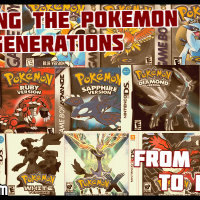